onViewableItemsChanged is a prop in VirtualizedList and FlatList. When you scroll a FlatList, the items showing on the FlatList change. Then, this function is called, telling you what current viewableItems are and what changed items are.

This function should be used together with viewabilityConfig. A specific onViewableItemsChanged will be called when its corresponding ViewabilityConfig‘s conditions are met.

Here is the type of onViewableItemsChanged function:


How to use it

Besides, supposed you have to implement different logic for items with 60% viewable region and those with 75% viewable region. You can use viewabilityConfigCallbackPairs, which contains an list of key/value objects, which define different viewability configurations and onViewableItemsChanged callbacks. 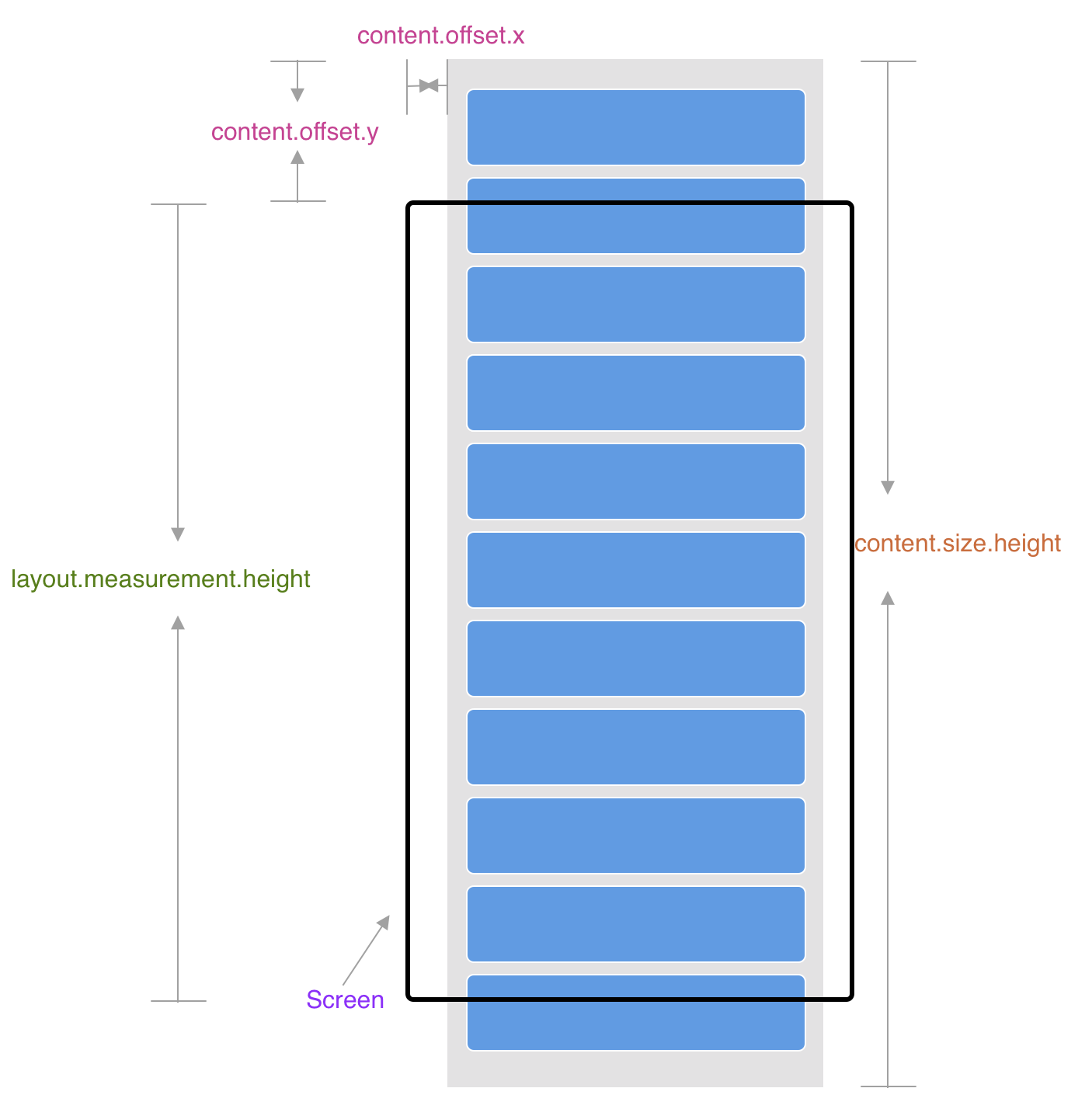 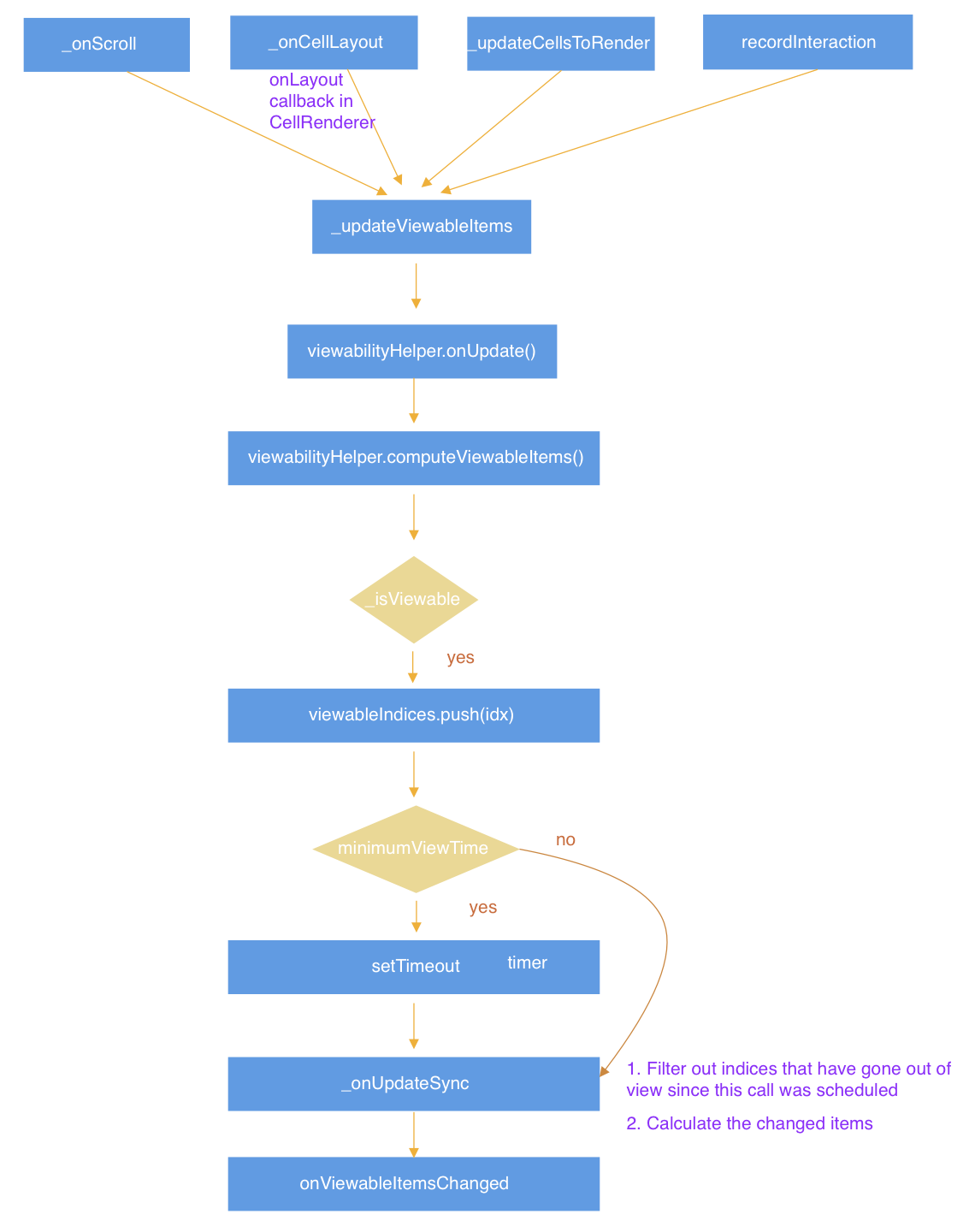 _viewabilityTuples is an array inside VirtualizedList to store ViewabilityHelper/onViewableItemsChanged pairs. This array is initialized in the constructor function.

ViewabilityHelper is a utility class for calculating viewable items based on the viewabilityConfig and metrics, like the scroll position and layout.

In the overview graph, you can see a func _updateViewableItems called in many scenarios. For example, it is called in onScroll callback. Then, It calls viewabilityHelper.onUpdate to find out the viewable items, which appear in the viewport for VirtualizedList.

How to find out viewable items

How to get the indexes of viewable items

In computeViewableItems in the ViewabilityHelper class, it iterates items from ${first} to ${last}. If an item is viewable, it will be stored in an array named viewableIndices.

From the code, we can see the top and bottom value is related to the screen coordinate. I drew a graph to show the relationship between metrics.offset, scrollOffset, metrics.length , top and bottom, to help you better understand the above code. 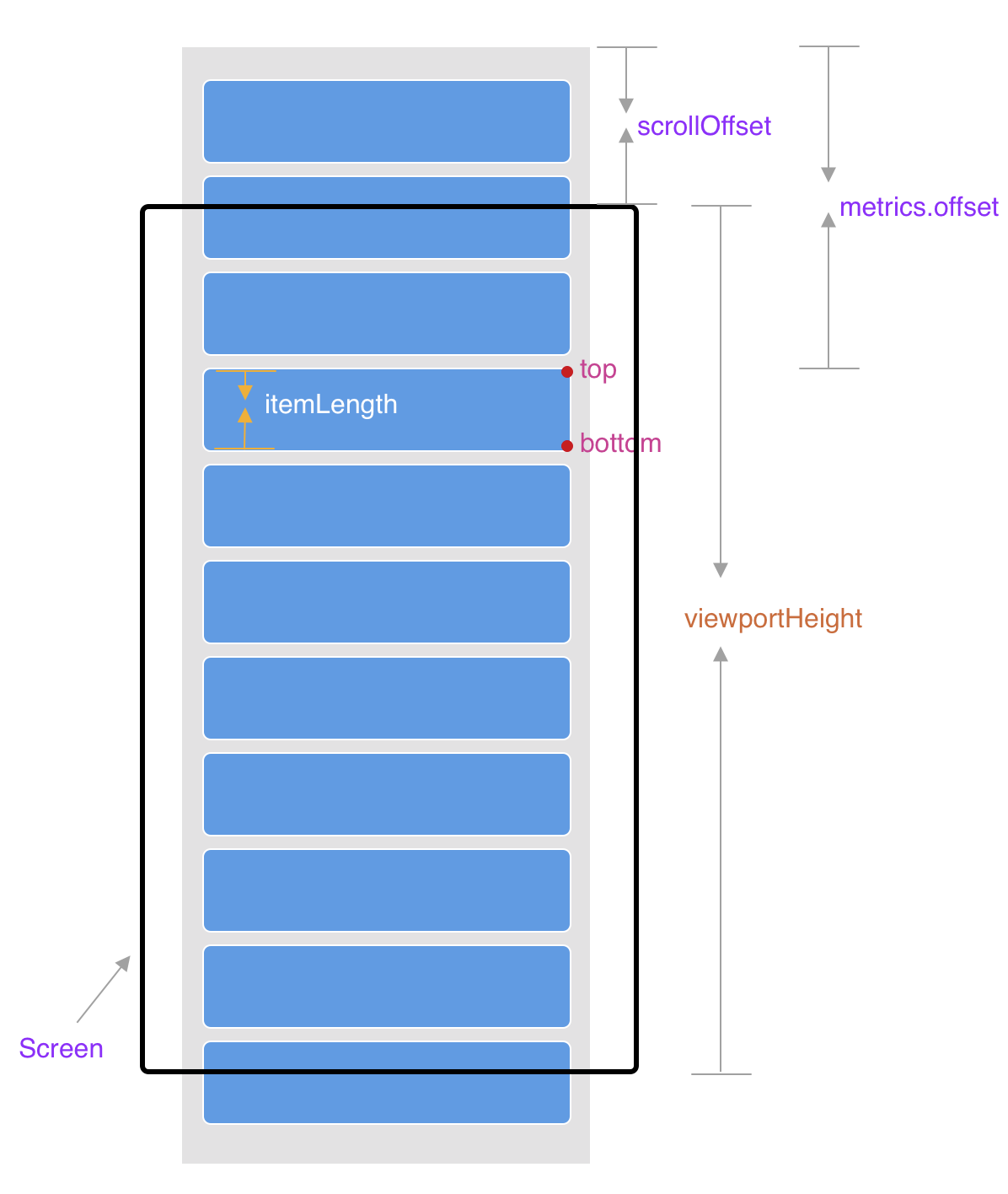 What kind of item is viewable

An item is said to be viewable when it meets the following conditions
for longer than ${minimumViewTime} milliseconds (after an interaction if waitForInteraction
is true):

In onUpdate func in ViewabilityHelper, if we define minimumViewTime value, the _onUpdateSync is scheduled to be called. It is the handler of the timeout.

And, If after a few seconds, ${minimumViewTime}, if some items aren’t longer viewable, the _onUpdateSync func, filter out these indices that have gone out of viewport. 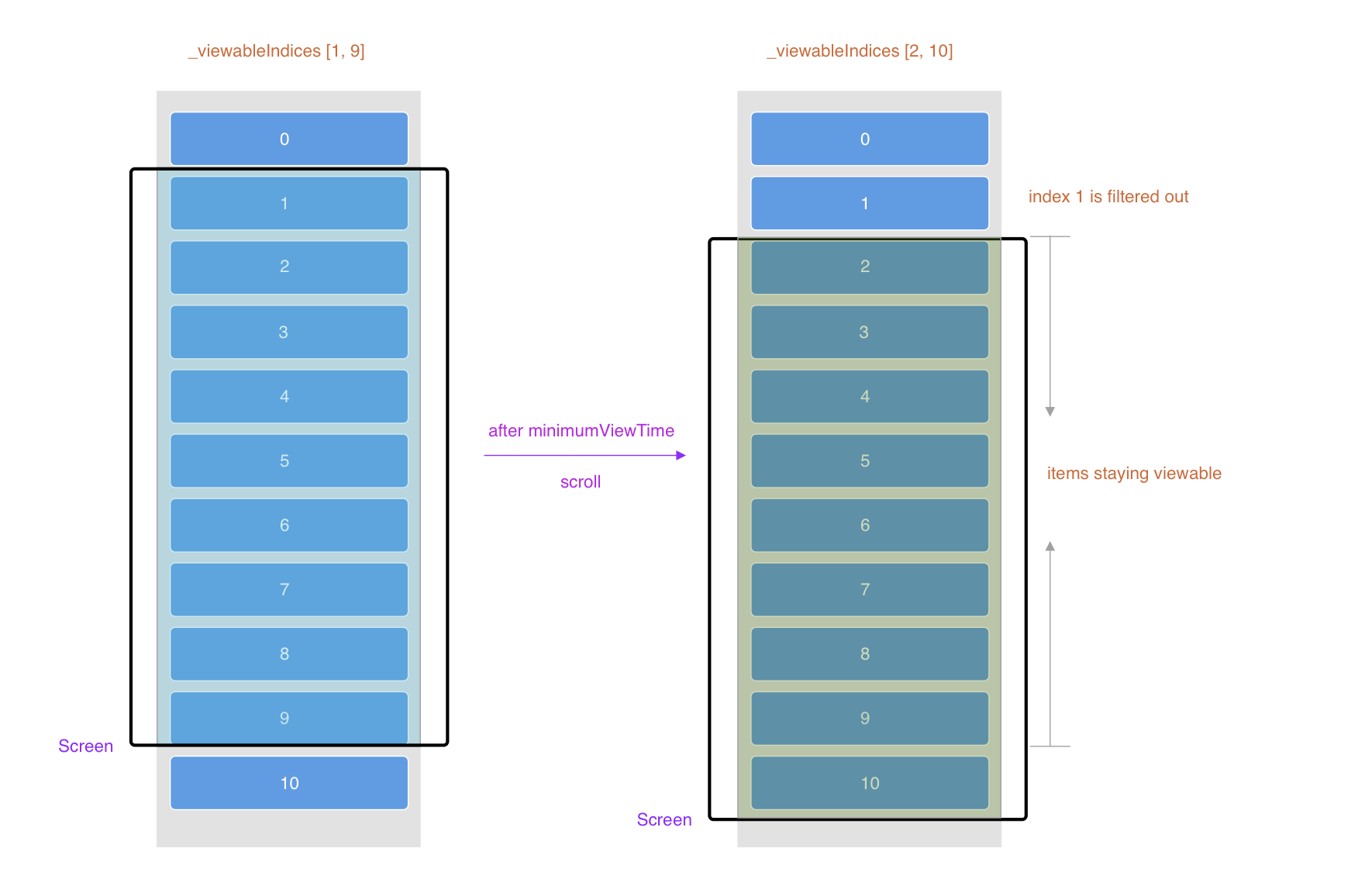 6. How to get changed items